A Book I loved 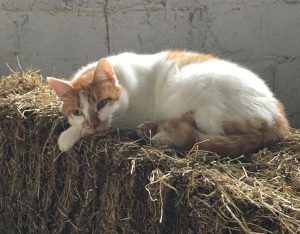 This past winter I revisited an old love from my childhood. When I was seven, the movie Thomasina was released. I was thoroughly in love with this film, narrated at times through the mind of a cat, and revolving around a difficult, and seemingly heartless veterinarian with a practice in a small village in Scotland. I remembered the movie mostly for one character: a woman believed to be a witch by some of the residents of the town, and who lives in the hills caring for the wild animals. These creatures would find her cottage when wounded or distressed and she would keep them and care for them until they could be rereleased into the wild. Over half a century passed before I thought to search for the film. It was difficult to find, I had to purchase it, but I was charmed all over again, such a beautiful story exploring faith and redemption.
Though I adored the movie, I suspected that it might have only hinted at the depth of the story – it was, after all, produced by Mr. Disney – and so I went searching for the book. I am so happy I persevered! The book, written by Paul Gallico, explores the themes of prayer and faith with such a graceful pen. I highly recommend it!
Thomasina, by Paul Gallico