Barking to the Choir 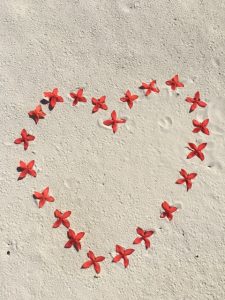 Barking to the Choir

I heard an interview on NPR recently with the Jesuit priest Gregory Boyle. For those who are not familiar with him, he was placed in the eighties as a parish priest in the poorest, gang-beleaguered neighborhood in LA. And, as a result, founded Homeboy Industries, the largest gang intervention, rehabilitation and re-entry program in the world.
Greg told the interviewer that he was moved to become a Jesuit because he went to a Jesuit school, and he found the Jesuits to be the funniest people he knew. He is a very funny person himself, and his writings, and I understand his talks, are more stand-up comedy than one might expect, given his subject matter.
The radio interview was to promote his second book, Barking to the Choir, which I immediately downloaded as an audio book. I liked his voice. I only listen to audio books in the car, and so spent the next couple of weeks driving around in a state of heightened emotions, drowning in tears and explosive hysteria. Each trip to the grocery store was a lifetime’s worth of enlightenment. It is a story of true walking faith.
I have always believed that comedy was holy. Like music, it falls from heaven.
How else could we absorb such stories as the histories of those drawn and affected by gang violence, without falling into utter despair? This book does more than allow us to walk in the shoes of those in Gregory Boyles’ world, it lifts us into the luminous atmosphere of pure love. “Throw away all of your books on faith,” I wrote on his Amazon page, “and read this book!”