My Book Comes Together 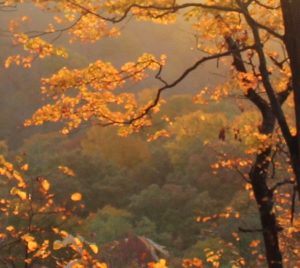 Approximately nine months after I turned in my playwriting pen for one that I could use to write essays, I began to pray for an editor. As with many of my prayers, the longer I waited for the answer, the pickier I grew, adding all sorts of conditions to my original request. Among my list of qualifications were that this person be clear, firm, smart, (but not smart enough to refuse to take me on) and, most important, gentle.

At some point during this time I volunteered to help my childhood friend Boo pack up and move her mother Doris out of her apartment in Massachusetts. Doris had been my grandmother Jane’s closest friend. This grandmother is the one who painted the painting on the cover of this book, and who had such a positive influence on my childhood.

Boo and I allowed ourselves two days for packing and sometime during the afternoon of the first day we panicked. “We have to go out to get more boxes,” Boo said. “Yes,” I agreed, “but if we do that we will never be finished in time.” We proceeded to stare off in paralyzed lethargy. A moment later my editor Aina Barten walked through the door. Her husband followed with a stack of boxes. Of course, I didn’t know at the time that she was my editor. She was another of my grandmother’s friends and, I was to discover, worked at the time editing for Orion Magazine. Did my grandmother have a hand in orchestrating this encounter? I’m not sure how these things work, but I do know that Aina is the perfect answer to my fussy prayers.

This story was a precursor to that which I recently encountered after praying for a book designer for this project. After months of prayer and added embellishment, I began to lose heart. I wanted someone who shared similar sensibilities, who would create something lovely, but (and this is the tricky part), I hoped for someone I could work with in person.

My very fine poet friend, Hayden Saunier, who it turns out made a living for several years as a copy editor, fell easily into my team, willing to plod through my book, pointing out boo-boos and inconsistencies. A friend of Hayden’s suggested I take a look at a website based in England that connects authors and designers. I searched and searched the site with growing frustration. Most of the near 400 designers would have been a miserable fit, and those who vaguely resonated lived in Glasgow or Sidney. The next day my friend Carolyn Mercatante, the artist who took such care with the woodland illustrations for the chapter headings (also a perfect fit), offered to sit with me while I looked through the site. We combed and combed, with nothing even remotely speaking to us, when we stumbled upon Brooke Koven, and both heard the Halleluiah Chorus.

“Perfect!” we sang out. “I don’t care where she lives!” I added. We did look to see where she was located, out of curiosity, and discovered that her address was twenty minutes from where we sat. Kismet.

Of course, nothing ever seems that simple when one is anxiously hoping for answers. The few paragraphs above represent fourteen years, and buckets full of doubts. But, all the while, I can see that I was guided.

So, let me thank the one who guides me. Thank you Dear, for my Grandmother Jane who painted, for Aina who edits, for Carolyn who draws, for Hayden who proofs and for Brooke who designs.

I am all-aglow with gratitude.