The Land of Narnia 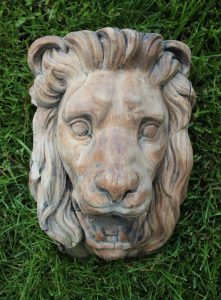 You might have noticed that the Listen Well site has undergone a shmancy new upgrade. At some point during discussions with my web designer it was suggested that I might wish to write a small blog.

But then it occurred to me that I might use the space to do what I like most to do to my friends: nag them into reading the latest book that I have fallen in love with.

I can love a book with overwhelming obsession. I fall like a teenager, and aggravate everyone around me with my worshiping zeal. But unlike a teenager, I am not fickle, and certain writers have occupied rooms in my heart for so long that I consider them family members. “Ah yes,” I might say, “I believe that was said by old uncle Ralph Waldo.” Or, “has anyone seen my copy of cousin Clive’s The Lion, The Witch and the Wardrobe? I was thinking of pushing it on a new friend.”

In fact, let me begin my recommendations with this first book of C. S. Lewis’s Narnia series.

My grandmother read The Lion, The Witch And The Wardrobe to me when I was five, and I fell utterly in love. I was to read the full series when I was a bit older, and have continued to revisit these books throughout my life. They are among the wagon-full of books that I have pulled along beside me through life. They have continued to sustain me throughout every decade, sharpening my faith, my curiosity, my love of life, nature, animals.

When I was a child, I did not understand that the figure of the great lion, Aslan, was a metaphor for Christ, and that the books were loaded with allegory. I just knew that I loved them, and I loved Aslan. In later years I would come to appreciate the wisdom behind this choice of allegorical figures.

The image above is of a wooden lion’s head that hung on my grandmother’s wall for years, and now hangs on mine. It has always reminded me of the great Aslan, and has led me back to the land of Narnia time after time.

If you have never read this series, or only did so as a child, I beg you – you see what my friends have been putting up with for years? – I strongly recommend that you run to the store and buy a copy of the first book in the series, The Lion, The Witch and the Wardrobe, by C. S. Lewis.