The Spirit of Truth 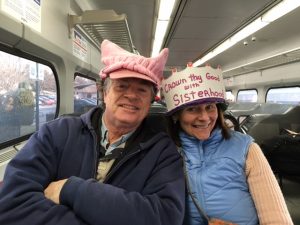 We have just witnessed a political narrative of enormous consequence in our country with the testimony of Dr. Christine Blasey Ford stating that Supreme Court nominee Brett Kavanaugh sexually assaulted her when they were teenagers. We cannot know the truth, because none of us was in that room when the alleged assault occurred. There are those who will say that they believe her without question, and those who say that they believe him without question, but none of us can know with absolute surety. There was a third person in the room, Mark Judge, who has denied Dr. Ford’s allegations.

In Christine’s testimony she said that several times during the assault she looked pleadingly at Mark to help her and he chose not come to her aid. Thirty years later, when Christine again looked to Mark to come to her aid, he chose not to support her allegations. If what Dr. Ford testified to having happened is the truth, then Mr. Judge was given two chances to right a wrong, and chose twice to decline.

Having watched both Dr. Ford’s testimony and Judge Kavanaugh’s defense, I lean heavily toward believing Dr. Ford, but I understand that I may never know the truth. And, though I believed that Judge Kavanaugh’s response to the allegations, his coming unhinged, his partisan rant should have disqualified him, the choice was made by the majority in the senate to allow this man the great privilege of serving the court, and I must accept this. This could be viewed as a win for those who wished for his confirmation. And, for those who did not wish for this man to be confirmed, it could very well be viewed as a loss. But I have to believe that if a win is based on a lie it is ultimately a loss, and that which is construed as a worldly win will prove not to be a win after all.

Just before Jesus departed the world he told his disciples not to despair, that he would send them the comforter, the Holy Spirit, that which he called the “Spirit of Truth.”

We might be tempted at times like these to believe that the Spirit of Truth is on holiday, taking a long nap, or worse. I don’t believe this. The Spirit of Truth is still very much alive. Indeed, I have found with my own wrestlings with the truth, and by observing others, that each time we are given an opportunity to speak the truth, and make the choice to bury it, the Spirit of Truth is given even greater license to find ways of exposing our falsehoods. These opportunities will come round and round in the course of our lives, and each time the opportunity is given us, it will be more painful for us to push the deceit back down into our spirits. Our spirits long to speak the truth. The truth sets us free from the bondage of living with a lie. I have also observed that each time we are given an opportunity to release a lie, the consequences of not doing so are greater. A lie will eat at our mental and physical health, our lives, our happiness.

Take heart, friends, the Spirit of Truth has suffered no wounds from this national narrative, it is still tirelessly working to set us all free.